I haven’t bought any games for quite a while and then lo and behold two that really interest me come out near enough at once! 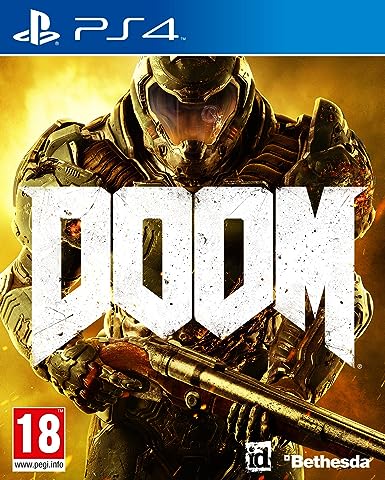 You’ve come here for a reason. The Union Aerospace Corporation’s massive research facility on Mars is overwhelmed by fierce and powerful demons, and only one person stands between their world and ours. As the lone DOOM Marine, you’ve been activated to do one thing – kill them all.

Set three years after Uncharted 3: Drake’s Deception, Nathan Drake has presumably left the world of fortune hunting behind. It doesn’t take long for adventure to come calling when Drake’s brother, Sam, resurfaces seeking his help and offering an adventure Drake can’t resist. On the hunt for Captain Henry Avery’s long-lost treasure, Sam and Drake set off to find Libertalia, the pirate utopia deep in Madagascar. Uncharted 4: A Thief’s End takes players on a journey through jungle isles, urban cities and snow-capped peaks on the search for Avery’s fortune.

Hhmm, one’s mindless fun set on Mars that involves shooting countless demons from hell and the other is the final installment in one of my favourite gaming series.

Well…………….I made my choice and this happened, yes, in typical manly fashion I purchased both instead of either/or! 🙂