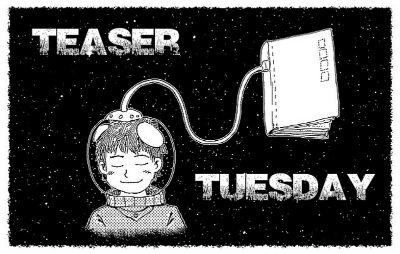 Teaser Tuesday is a weekly bookish meme, hosted on Books and a Beat.

Anyone can play along! Just do the following:
• Grab your current read
• Open to a random page
• Share two (2) “teaser” sentences from somewhere on that page
• BE CAREFUL NOT TO INCLUDE SPOILERS! (make sure that what you share doesn’t give too much away! You don’t want to ruin the book for others!)
• Share the title & author, too, so that other TT participants can add the book to their TBR Lists if they like your teasers!

My Choice: The Wall of Storms by Ken Liu. 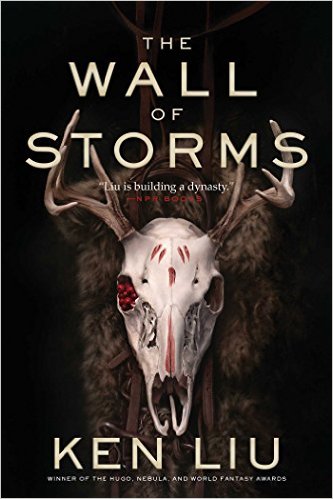 “I was taught that what we fill our hearts with has much more to do with our fates than our native talents or circumstances. I was named Dissolver of Sorrows, and I intend to live up to my name. If our situation seems hopeless, we can either give in to it and lament our fortune, or revise the script and chart ourselves a new course. We’re always the heroes of our own stories.”

“We’re always the heroes of our own stories,” Zomi repeated. She smiled for the first time in a long time.

In the much-anticipated sequel to the magnificent fantasy epic (NPR) “Grace of Kings,” Emperor Kuni Garu is faced with the invasion of an invincible army in his kingdom and must quickly find a way to defeat the intruders.
Kuni Garu, now known as Emperor Ragin, runs the archipelago kingdom of Dara, but struggles to maintain progress while serving the demands of the people and his vision. Then an unexpected invading force from the Lyucu empire in the far distant west comes to the shores of Dara and chaos results.

But Emperor Kuni cannot go and lead his kingdom against the threat himself with his recently healed empire fraying at the seams, so he sends the only people he trusts to be Dara s savvy and cunning hopes against the invincible invaders: his children, now grown and ready to make their mark on history.”

And, yes for those amongst you who read last week’s Teaser Tuesday post on my blog this is the exact same book as, alas, I failed to get through the 850 page length in a week!