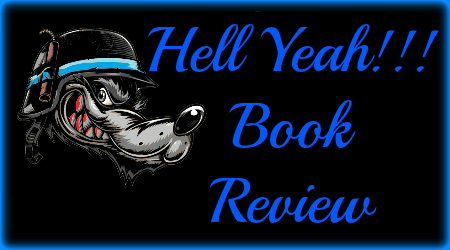 In the City of Towers, former rebel Sasha and her comrade Davarus Cole struggle to keep the peace between the warring mages who vie for dominion. But when the White Lady sends Davarus south to the Shattered Realms to seek allies among the fallen kingdoms, he finds that his hardest battle may be one fought within. The godly essence now residing within him offers power that could be used against the Fade—but with every death that feeds It, Cole risks losing a part of himself.

An association with a Fade officer grants the Halfmage Eremul a position of privilege among Dorminia’s new masters. He witnesses firsthand the fate that awaits humanity. But with his magic pitiful in the face of the Fade’s advanced technology, the Halfmage must rely on his wits alone to save whom he can…

And in the frozen north, the legendary warrior Brodar Kayne fights a desperate battle for his people. He is running out of time: an ancient evil sealed beneath the mountains is about to break free, an evil that is older than humanity, older than the Fade, older even than the gods—and it will not stop until the entire world is drowned in blood…

Taking place after the events at the conclusion of the previous book (Sword of the North) we are thrust right back into the action.

Told from multiple character perspectives the story focuses on various different story arcs that are taking place before for they all begin to interweave for the final act, reformation of The Grim Company and conclusion. After the conflict with The Butcher King Krazka, the highland people led by Carn Bloodfist are fleeing the North towards the South due to The Herald and the marauding demon legion invading and laying waste to the High Fangs.

While in the South, the Fade occupation of Dorminia is in full force. Not content with one area of The Trine, the Fade also wishes to take Thelassa but it’s protected by an impenetrable barrier of The White Lady’s magic that the Fade General Saverian is unable to breach. Thus, Prince Obrahim, the Fade ruler is summoned to aid in the removal of the barrier.

With the Fade already casting their judgment and deeming humanity unworthy, it’s only a matter of time before The Reckoning takes place, this would be caused by The Breaker of Worlds, a relic from the time before that will wipe mankind from existence, humanity has proven undeserving and will now have to reap the consequences of its actions.

However, unbeknownst to the Fade, The Nameless with the help of its servant The Herald, a malevolent and rancorous enemy from their past has been quietly stirring, gathering power in anticipation of a return to the world.

With the discovery of the imminent return of The Nameless siding together is the less of two evils and an uneasy alliance is brokered between the Fade and humanity. That old adage “the enemy of my enemy is my friend” fits perfectly though it is a strained and tenuous truce that is formed. If The Herald can be stopped from bringing forth The Nameless then the Fade Prince Obrahim will reconsider The Reckoning and the complete and utter destruction of humankind. And so, after various separate escapades we see our motley group, the titular Grim Company of the series title once again converge and set off to try to avert disaster, destroy The Herald and prove that mankind deserves to live.

Anyone that follows this blog already knows that I don’t go into detail about the story involved in a book, only giving you the bare-bones and minor overview. Suffice to say that there’s a lot more going on than I’ve mentioned adding extra depth to the various characters and story being told.

Having separate story arcs before they come together for the finale means that the cast of characters in Dead Man’s Steel who play large roles in the story is rather large. Amongst others we have, Eremul the Halfmage, Davarus Cole with the essence of The Reaver within, Sasha, The White Lady of Thelassa, Thanates, Adjudicator Isaac, Rana the Sorceress , Brodar Kayne (The Sword of the North), Jerek, Carn Bloodfist, The Butcher King Krazka, Brandwyn the Younger, The Herald, The Nameless, Brick and Corinn, General Saverian and Prince Obrahim of the Fehd. With such an ensemble cast of characters Scull does a good job of managing to give each of them enough page time that they all feel like a part of the story and that they have pivotal roles to play.

Being the third book in the series, we already know the back-stories and past of lots of the characters but again by Scull we are given little extra snippets and history to really draw us in, define and flesh some more of the characters out.

He’d said he’d buy them time to escape and that’s what he would do. Difference between a man and a cunt is that a man sticks to his word.

My favourite character from throughout the trilogy has to be the Northman, Jerek the Wolf. Jerek is the friend and companion to Brodar Kayne – (another top quality character) and the banter, interplay and relationship between the two is one of the standouts from the series, can you say grimdark bromance! Jerek isn’t a man of many words and he has a no-nonsense ‘don’t fuck with me’ type of attitude, but Scull writes him in such a way that even with his limited voice he has such a huge presence on the page each and every time he appears.

‘I was ancient when the tallest trees were saplings. I walked this world in a time of dragons and giants and worse things and I defeated them all. Do you know who I am?’

‘Some cunt,’ rasped a voice like a wound tearing open. Suddenly, Jerek was blocking Saverian’s path, twin axes in his hands.

Scull has a decent writing style that uses a fast pace to keep the plot moving forwards whilst also giving you enough information to pull you into the story he is telling, he never overloads you with useless information dumps and everything he tells you is beneficial to the characters and the story being told. Scull has an eye for action and humour though the humour tends to verge on the darker style gallows and cynical side (the best side in my opinion) but he can also elicit tension, meaning and emotion when needed.

After all, only the dead felt no pain.

It must be written however that at times Scull’s writing does have a rather Joe Abercrombie feel and flair to it, that’s no bad thing as Abercrombie is a master of the grimdark craft. Fortunately, Scull does also have his ‘own‘ voice and way of writing and while there are some similarities there is also enough to distinguish and set himself apart.

‘I can’t. Without it, I’m nothing. Just the son of a whore and a murderer.’

‘No one is ever born “just” anything. It’s what you make of yourself that counts.’

Scull’s world building is also of a high standard incorporating various areas and species into The Age of Ruin, mankind, magelords, demons, immortals and Gods. We also learn more about the history of the Fade/Fehd this time around and their usage of augmentations to create thralls, hand cannons, huge metal ships and metal birds, ancient technology from the time before and while it’s occasionally jarring, on the whole, it works really well fusing together the more technological aspects with the fantastical.

Overall the pacing of the book is good, it flows well and moves along nicely but, I have to echo the sentiments of a couple of other reviews I’ve read. Where I feel that the ending seemed to be slightly rushed, it wasn’t inimical to the overall story and it’s only a slight niggle but for me personally, I’d have liked to have seen some parts given a more few more pages to truly shine.

I’ve really enjoyed my time spent reading The Grim Company, an eclectic mix of characters you sympathise with and care about, an interesting setting, a gritty story with twists and turns. And, in addition to those, one of my favourite staples of the most wonderful genre that is grimdark, plentiful amounts of bloodthirsty, limb severing visceral action. It’s a trilogy I would definitely recommend to fans of the fantasy genre who like their fantasy to be on the darker side.

I found Dead Man’s Steel to be a fitting ending to The Grim Company trilogy, being grimdark it’s not a series where come the ending everyone walks away to live happily ever after, it’s a slightly melancholic bitter-sweet conclusion but it feels like the right ending to the journey we have taken.

But……………yes, there is always a ‘but‘ my friends! But, surely I can’t be the only one who would like to see some prequel novellas featuring Brodar Kayne and Jerek from Scull, I think that tales from their past would be fucking epic!!!

Recommended, both the book and the trilogy.