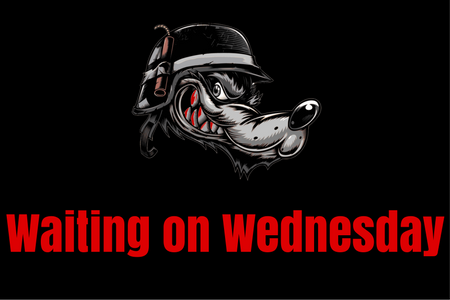 Waiting On Wednesday is a weekly meme hosted by Breaking the Spine.  Each Wednesday you get to highlight a book that you are really looking forward to. This week I have chosen:

Blood of Assassins (The Wounded Kingdom Book 2) by RJ Barker. 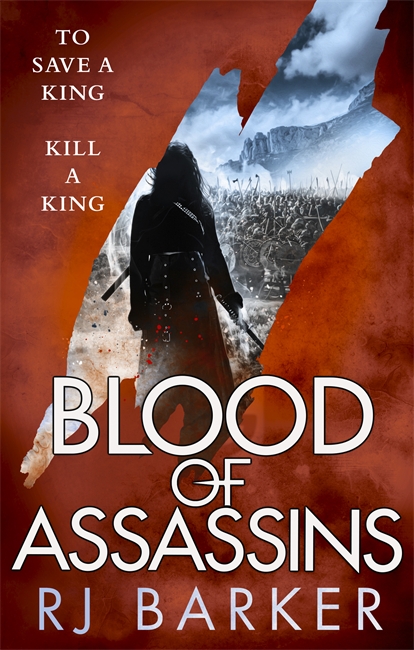 The assassin Girton Club-foot and his master have returned to Maniyadoc in hope of finding sanctuary, but death, as always, dogs Girton’s heels. The place he knew no longer exists.

War rages across Maniyadoc, with three kings claiming the same crown – and one of them is Girton’s old friend Rufra. Girton finds himself hurrying to uncover a plot to murder Rufra on what should be the day of the king’s greatest victory. But while Girton deals with threats inside and outside Rufra’s war encampment, he can’t help wondering if his greatest enemy hides beneath his own skin.

The expected publication date is: February 13th (US and UK Kindle) and February 15th (UK Paperback).

I really enjoyed Age of Assassins (the first book). it got a Hell Yeah! from me and I was going to link my review to this post but then! I thought why bother, no-one will click on the link anyway so instead I have decided to add my review to the post, aren’t you all lucky fuckers a meme and a review in one post! 🙂 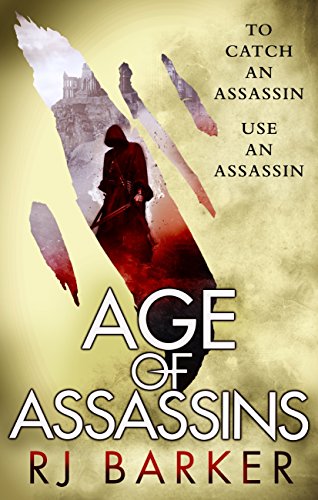 Girton Club-foot, apprentice to the land’s best assassin, still has much to learn about the art of taking lives. But their latest mission tasks him and his master with a far more difficult challenge: to save a life. Someone, or many someones, is trying to kill the heir to the throne, and it is up to Girton and his master to uncover the traitor and prevent the prince’s murder.

In a kingdom on the brink of civil war and a castle thick with lies Girton finds friends he never expected, responsibilities he never wanted, and a conspiracy that could destroy an entire land.

The blurb does a great job of outlining the story told in Age of Assassins. The heir to the throne is being targeted by an assassin and what better way than to catch an assassin?! Why, send another assassin of course! Due to this, Girton Club-foot under the guise of Girton ap Gwynr a minor son of a blessed and a squire and his master, one of the finest assassins to be found in the Tired Lands Merela Karn under the guise of Death’s Jester are tasked with finding the assassin and keeping the heir alive. There’s plenty more going on beneath the surface and in the book but you know by now that I don’t offer spoilers on the story only my inane rambling on the book!

One of the standout highlights of the book and believe me the whole book is a highlight is the relationship between the two main characters Girton and his master Merela. Especially the dynamic between his occasional naive youth and her wisdom, it’s such a deep relationship and bond between the pair that is far more than that of just apprentice and master.

There’s a veritable trove of secondary characters including Rufra ap Vthyr, Drusl, a stable girl. Leiss, the stablemaster, Heamus, an ex-landsman, Queen Adran, Aydor ap Mennix, her son and target of the assassin. Nywulf, the squire master and Tomas ap Dhyrrin who all in their own ways add extra to the story. A personal favourite of mine is Ruthra who like Girton is a squire, bullied by both cliques in the training grounds maybe he finds a kindred soul in the new and disliked Girton??

Also included are mounts/war-mounts, beasts with antlers and tusks that sound awesome but sadly only make fleeting appearances – probably the only slight negative in the book as I’d have liked some mount on mount action and ideally someone should have been gored by their antlers just so that I could write someone got ‘mounted‘ in my review! 😉

The story primarily takes place in castle Maniyadoc and its surrounding area. Luckily, it’s a well realised and depicted location that works well with the tale being told. The world building by Barker is also of a high calibre and the magic ravaged Tired Lands where Age of Assassins is set is richly detailed with history and religion. Sometimes with a first person narrative, you lose out on the world building aspect in a book due to the singular perspective. But in Age of Assassins you learn plenty of the Tired Lands history from various other character interactions and through the dances that Merela does as death’s jester giving you added depth and insight into the world Barker has created.

Age of Assassins is predominantly told from the first person PoV by an older Girton narrating back his adventure in Maniyadoc from when he was a 15 year old. Interspersed with that present day narrative are a few third person interludes spread throughout the book offering some backstory to Girton. It’s a formula that works really well for Girton as a character and is reminiscent of an older Fitz narrating back his younger adventures in the books by Robin Hobb, which let’s face it, is a great comparison.

Girton Club-foot isn’t just a random assassin name given to Girton, he actually does have a club foot. However, he isn’t defined by this disability. No, he’s adapted to it and it’s simply an integral part of who he is and his character.

There seems to have been a recent trend in people taking offence to the usage of certain words that they find derogatory in books. Due to this, I feel the need to point out that Girton is referred to as a ‘cripple‘ a few times during the course of Age of Assassins. Personally, the term doesn’t bother me and I feel that there is too much offence being taken towards certain things nowadays when none is meant. If however, it is a term that does offend your delicate sensibilities then please be aware of its usage as I’d hate for you to hate on the author for using the term. Yes, Girton has a club foot but he isn’t just a ‘cripple‘ he is Girton Club-foot the assassin and a fucking phenomenal character.

Age of Assassins features an ending that deftly ties up most strands of the story told by Barker whilst the epilogue simultaneously leaves you wanting further stories from Girton, more, please!

In a few of my previous reviews, I’ve mentioned a number of great fantasy debuts that have been released in 2017. Unfortunately for all of you, I’m going to be repeating myself with this one. Like a parrot proclaiming over and over again, ‘Polly wanna cracker.’ Drew is once more proclaiming ‘awesome fantasy debut!‘ And, you know what is great about it for all us fantasy fans?! No?? Well, I shall enlighten you, dear readers! Whilst all these debuts have been top quality, they have also all been completely different! It’s a great time to be a fantasy fan!

With Age of Assassins, Barker hasn’t written just a standard fantasy book he has also added elements of mystery, intrigue, sleuthing and espionage to make for an exceptional book that demands to be read.

View all posts by Drew @ The Tattooed Book Geek

17 thoughts on “Waiting on Wednesday: Blood of Assassins (The Wounded Kingdom Book 2) by RJ Barker”