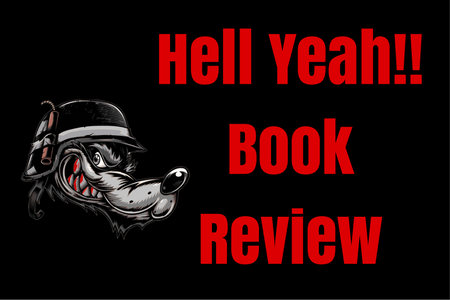 This is a collection of fourteen stories of murder, mayhem, pathos, and philosophy, all set in the world of the Broken Empire.

Within these pages, you will find tales of men such as Red Kent, Sir Makin, Rike, Burlow and the Nuban, telling of their origins and the events that forged them. There is Jorg himself, striding the page as a child of six, as a teenage wanderer and as a young king. And then there is a tale about Prince Jalan Kendeth – liar, cheat, womaniser and coward.

To the new reader, welcome to a lawless world where wit and sword are the most useful weapons, and danger lurks as much in candle-lit palaces as in dark alleys and dense woodland. To those who have already journeyed with Jorg, we hope you will enjoy renewing old acquaintances with your favourite characters.

One thing that I find with short story collections is that you can pick up the book, read a story, go off and do something else and then come back and read another. Which of course is true for any book as you pick it back up to continue reading! But reading a short story collection isn’t like a full-length book where each time you come back to it you pick up the story where you left off and have to remember what’s gone on before. With shorts you get self-contained tales and a book that you can jump in and out of as you please, reading one or two shorts here and there or as life dictates making the collection easy to read whenever you have a spare moment and this sentiment holds true for Road Brothers. It’s a book that is infinitely easy to pick up, lose yourself in a tale or two told by Lawrence, put the book down and then come back to it later when you need another quick fix of escapism and that’s just what I did, reading Road Brothers over a span of days and dipping in and out as life allowed.

Road Brothers is a collection of 14 short stories that centre around Jorg Ancrath and his band of brothers from Lawrence’s The Broken Empire trilogy with the final short in the collection being about Prince Jalan Kendeth from Lawrence’s other trilogy The Red Queen’s War.

Road Brothers was previously released as an e-book and contains shorts that have been included in various anthologies. As such, some readers will already own the e-book and/or have read some of the included stories from those other collections. This new hardback version includes additional content in the form of some new short stories and footnotes at the end of each story as well as a shiny new paint job in the form of a stunning cover depicting Jorg Ancrath. The footnotes themselves are very interesting small asides giving you additional insight into the reason behind the story you’ve just read and are a fantastic little inclusion by Lawrence.👌

Lawrence’s writing is as good as ever, even in the shorter length he knows how to tell a tale and includes great characterisation, emotion, a dark style of humour and action, everything that you could want in a story.👌

If you’ve never read anything by Mark Lawrence before then Road Brothers is very accessible and as a starting point to his work, it is a great place to begin. The short stories included offer you brief glimpses and snippets into the lives of characters that will make you want to see and read more about them in his other works. But! Why not just start from the beginning anyway?! If you do then you are in for an absolute treat as both The Broken Empire and Red Queen’s War are utterly fantastic and for me, are two of the best fantasy trilogies to be released (Red Sister, the first book in The Book of the Ancestor trilogy is also an outstanding read).

If however, you are like me, have already read all of Lawrence’s previous books and are a massive fan of his work then Road Brothers takes on a new meaning (ever since my initial foray into the work of Mark Lawrence with Prince of Thorns, the first book in his Broken Empire trilogy I’ve always held an affinity towards Jorg and his band of merry ruffian degenerate riff-raff miscreant rabble – yes, I’m not sure what that says about me! But there was something immediately appealing about them all that just enamoured them to me. Jorg himself is such a complex and fascinating character and Grumlow, Rike, Sim, Makin, the Nuban, Gorgoth et al all add that extra touch to Jorg’s story) and it transcends just reading about various characters into something deeper. It’s a snapshot into the lives of characters you already know and love, it’s akin to visiting with and becoming reacquainted with old friends and I loved every moment I got to spend back in the company of these brothers. It was also an utter joy to get a brief glimpse and foray into Jalan’s life and read a short about him that was in all honesty, a typically Jalanesque tale too.

Regardless of whether you are an old or new reader to the work of Lawrence, there’s a lot to like in Road Brothers and it is a worthy addition to any fantasy fans bookshelf.

With Road Brothers, it was an absolute pleasure to once again read about and visit Jorg and his brothers.