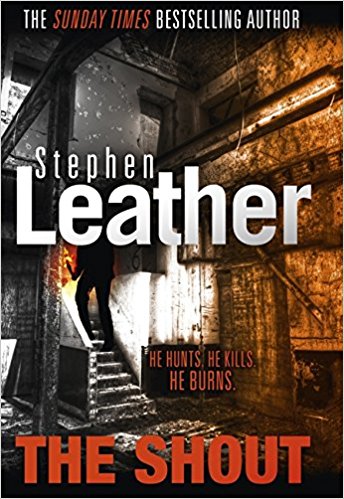 Vicky Lewis is a force to be reckoned with: not yet thirty and already crew manager in the London Fire Brigade, she’s destined for great things.

But when she enters a burning building to save a man’s life and leaves it with catastrophic injuries, all that changes. She’s shunted over to the Fire Investigation Unit, where she’s forced to team up with cantankerous veteran Des Farmer, aka the Grouch.

When Vicky stumbles across the Grouch’s off-the-books investigation into the fiery deaths of a series of young, blonde women, she decides to join him in his search for the truth.

The answer is close – perhaps too close. Vicky’s already been burnt once, and now she’s playing with fire . . .

I received a free copy of this book courtesy of the publisher through bookbridgr in exchange for an honest review.

C’mon, it’s a book with a large focus on fire. Of course, I’m going to rock the pop culture references and quote the legendary Johnny Cash!🎸🎙️👌

After her crew are called out to a fire at an abandoned hotel Vicky Lewis, a crew manager in the London Fire Department suffers horrific injuries. The hotel, it turns out isn’t abandoned and squatters are residing on the top floor. In the line of duty during the attempt to put out the fire and rescue the trapped squatters, the floor of the room that Vicky is in collapses leaving her trapped and seriously injured.

Whilst working with Farmer, Lewis inadvertently uncovers his off-the-record and after hours investigation into what he believes to be a series of deaths. House fires that have been deemed to have been accidental are the cause of death but each case has the same type of victim, a young blonde female. Finding Farmer’s investigation to be plausible Lewis agrees to help him in his search to uncover the killer.

As a character, Vicky Lewis is likeable, driven, determined and she doesn’t let her injuries define her.

Des Farmer aka the Grouch is a dinosaur and old school in his views and way of thinking. Farmer is curmudgeonly with a gruff demeanour who is also rather a misogynist with some of his views. However, he does have respect for Lewis and her accomplishments and quite surprisingly, I found him to be likeable in his own grouchy sort of way.

It takes a long time and you find yourself approximately half-way through the book before the Grouch’s off-the-record investigation into the series of deaths comes to light and is revealed. Then, it’s very much in the background until the last 100 pages before finally coming to the fore in the last few chapters. For me, personally, I’d have liked to have seen the investigation play a more prominent role in the overall book.

Another slight issue, I felt that the conclusion came about quite abruptly and I would have preferred a slightly longer build-up to the finale and the subsequent reveal of the killer. Though that’s not to say that it isn’t well done by Leather, it is and you’ll find yourself turning the pages to find out who the killer is……and then letting out a ‘hell yeah‘ because you guessed correctly and that doesn’t happen very often!😂

Those two slight issues aside, I was thoroughly engaged during the whole of my time spent reading The Shout.

Throughout the book, there are interspersed chapters that switch from the main focus of Lewis and Farmer and instead, give us a glimpse into the mind of the killer. From these chapters, we derive that the killer knows a lot about fire. This little insight works well as there are a few characters during the course of the story who due to that knowledge of fire are possible suspects and could all be the killer.

Out of the suspects, I did have an inclining who the actual killer might be and surprisingly, as I mentioned earlier in the review, I was right. There are perhaps a few clues for the more nuanced thriller reader but as it’s only a genre that I dabble in I didn’t pick up on them and it was more a gut feeling of ‘yeah, it’s probably you‘ that I had whilst reading about a certain character.

There are lots of descriptions of fires, how they start, the causes, prevention, fire-fighting techniques, etc and the main focus in The Shout is on fire investigation as you follow Lewis and Farmer to a variety of scenes that all involved fires. On the surface and admittedly, to some, that may well sound dull, fire safety training kids! Remember, fire is like Kelly Brook, it’s hot!😂🔥 To me, it didn’t and simply put, it’s not. Investigating the fires alongside Lewis and Farmer is really interesting and it also gives you the chance to get to know the duo better.

Leather mentions both the Grenfell Tower tragedy and the King’s Cross fire. Two absolutely devastating real-life events. The story in The Shout is well crafted, entirely realistic and believable but, it’s only a work of fiction with fictitious characters. The mention of those two tragic real-life events makes the book feel real. As such, it really brings home the horrors of fire and will make you think about the dangers that firefighters face.

Whether intentional or not on Leather’s behalf, reading The Shout deepens your appreciation of the fire services and the heroes/heroines that are the firefighters who risk their own lives to put out fires and save other people’s lives.

The Shout is a standalone book and when you come to the end, everything gets tied up neatly. However, saying that, I enjoyed the duo of Lewis and Farmer and while admittedly, I don’t know how it would work I’d be quite happy to read future releases with them both as characters.

The Shout ignites from the first page and I found it to be compulsive reading that kept me riveted throughout the whole of its 400 page length.

8 thoughts on “The Shout by Stephen Leather Book Review.”