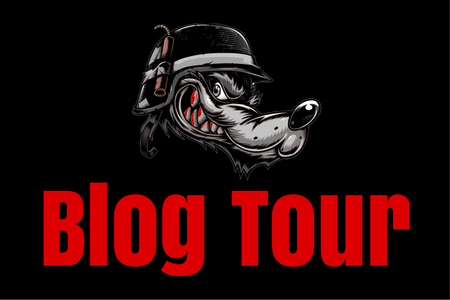 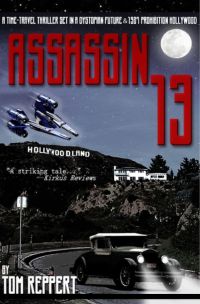 Today I’m taking part in the book launch for Assassin 13 by Tom Reppert which is released today. 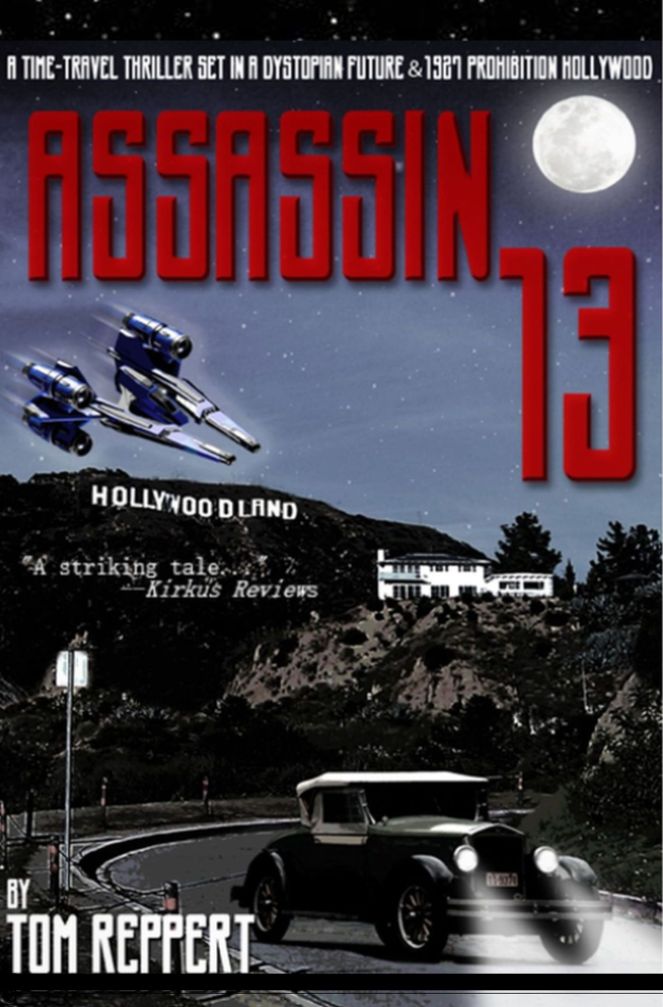 Assassin 13 is a time travel thriller set in a dystopian future and 1927 Hollywood.

Lauren Ramirez, an Assassin 13, which means she’s the best at her profession, is betrayed by her employer, the President of the United States, when she takes a high-rank target job to get information on her mother’s killer. While she’s attempting to escape in a space shuttle from his trap, she hurtles through a time displacement anomaly and lands in the glam of 1927 Hollywood.

Lauren finds herself working for one of Hollywood’s top actresses, Pauline Windsor, who is dating mafia member Benny Sorrentino. He is caught up in a gangland war with the Colombini brothers for the city’s profitable bootlegging and gambling rings. Even as she clings to the revenge for her mother’s death and somehow fixing her broken shuttle to return for the information, Lauren’s relationship with the people she meets, stunt pilot Remy Garnett, Pauline, and Pauline’s children, all begin to change the hard surface of her heart.

When Pauline’s relationship with Sorrentino draws her and her family into the gangland war, Lauren must decide whether to use her 22nd century talents and technology in their defense or abandon them to slip back into her time and get the information she needs to avenge her mother.

From tomorrow, March 16th until March 20th the eBook version of Assassin 13 will be FREE to purchase!!!!

“Characters are dynamic, especially headstrong Pauline, but Matt is a real surprise; he adds comic relief and Hollywood trivia to keep Lauren informed, even if she occasionally threatens to scrub the opinionated AI from her neurobots. The old Hollywood backdrop imbues the story with authenticity, including the name-dropping of classic film stars and the impending introduction of movie sound, a possible detriment to the current silent-era actors. Reppert wisely simplifies the time traveling, with its explanation decidedly less important than rich character development. Regardless, the oddly practical ending should appease fans of the subgenre. A striking tale flaunting a strong protagonist who’s resilient in any time period.” 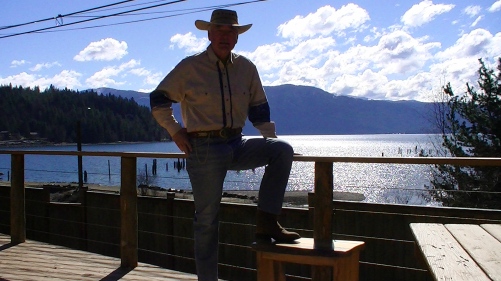 Tom Reppert is an army veteran with a BA in English and History, as well as MAs in Creative Writing and Professional Writing. He spent twelve years in Africa and Asia teaching English Literature and Composition. An award-winning author, his writing includes educational essays, short stories, and novels Past Murders, The Far Journey, and The Captured Girl. Tom lives in Sandpoint, Idaho on idyllic Lake Pend Oreille, where he is currently working on his next novel, one set both in the future and the past.

There is also a giveaway going on during the tour with a chance to win one of five signed hard copies of Assassin 13.

Blogs Participating in the Blog Tour with more chances to win a free hard-copy of ASSASSIN 13.