Today on The Tattooed Book Geek I am pleased to be not only taking part in but also starting off the blog tour for Stitch Up (A Best Defence Mystery) by William McIntyre with a guest post courtesy of the author himself.

Many thanks to Ceris Jones at Sandstone Press for asking me to be involved in the tour.

Guest Post: Crime Fiction. The Pros and Cons of Writing from the Inside.

I’m often asked how much of my writing is inspired by my day job as a criminal defence lawyer. The short answer is, ‘a lot’. I’ve now written ten books in the Best Defence series. The latest, Stitch Up, is due for release on 16th August, and guess what, the series follows the day to day exploits of a Scots criminal defence lawyer. What’s more the opening chapter to every book, and a great many of the others, is based on my own experiences, including Stitch Up where a client asks the protagonist Robbie Munro how to get off with a crime that he has yet to commit. Of course, for reasons of confidentiality, the characters and scenes are sufficiently disguised to protect the innocent (or perhaps that should be the guilty), though sometimes the storylines have to be altered because the facts are too strange for fiction. When the first book Relatively Guilty was submitted to HarperCollins a few years ago, the publisher came back with a rave rejection, partly based on the unbelievability of two of the three plot-lines, despite their being based on actual cases in which I’d been involved. However, they were happy with the credibility of the third and purely fictional storyline.

Aside from being a ready source of ideas, setting my books in my workplace means that research is minimal. This is important because writing time is at a premium for those of us who are part-time authors. The lack of available time also helps concentrate the mind and is a great cure for writer’s block. I can only imagine the pressure of the blank page on those whose livelihood and that of their families depends on putting something down on paper.

There are downsides, of course. One pet hate is spotting the errors in crime fiction that are usually caused by preconceived ideas of the criminal justice system and which spread like viruses. Judges endlessly banging gavels (no judge in Scotland or England has ever employed a gavel in a court of law); accused persons making inadmissible confessions; vital pieces of evidence being unfairly obtained, rendering them useless; and, of course, in legal thrillers, the last-minute witness, who unless they’d been put on a list lodged in court weeks before a trial would never get near the witness box. These legal gaffes irk most lawyers in the same way that doctors wonder why on TV it’s always third time lucky to restart someone’s heart with a defibrillator. But legal inaccuracies don’t spoil a good story for me, only when they come at the end of a book and are the means of solving the crime. But why should I care? I can think of one author who has convicted many of her fictional criminals on a single adminicle of evidence or a dodgy admission, and it’s not done her best-selling career any harm.

Back to the upside. Interesting supporting characters are hugely important and the criminal justice system is full of them. You have to watch out, though. I was having some work done to my house recently, and the joiner said he’d read one of my books and that he knew a person just like one of the more unsavoury inhabitants of the Best Defence world. He told me who he thought it was, and he was bang on. It’s a small world. I exercised my right to remain silent at that point.

Another problem is our ever-changing legal system. Politicians simply won’t leave it alone. Before embarking on the Best Defence series, the very first book I wrote had a comedy ending in which two people who hated each other had to marry in order not to have to give evidence in court. It was based on the centuries old rule of evidence in Scotland that a person could not be compelled to testify against their spouse (unless they were the victim). No sooner had I dashed off ‘The End’, than the Scottish Parliament changed the law and consigned my manuscript to the bin. Scots law has changed quite significantly in recent years, with the Scottish Parliament adopting many English procedures, especially regarding arrest and police interviews, leaving some of my earlier books, procedurally speaking, very much of their time. It’s also the reason why I can’t write too far in advance. Publishing is a slow business. Stitch Up was finished in May 2017 but won’t hit the shops until August 2018. My next book, Fixed Odds was completed in February 2018 and unlikely to be released until well into 2019, meaning if I start writing the next book mid-2018, I’m going to have to hope the law remains the same until 2020, which for Scotland, is extremely unlikely.

But every cloud – the more the law changes, the more I can pose this question to the reader: are law and justice the same? For Robbie Munro, the protagonist in the Best Defence series, the answer is of course not, and it’s why in his view, his defence tactics are always justified, though they just might not be legal. 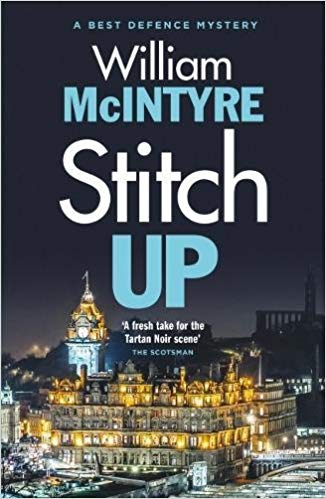 Newly-wed and happy, criminal lawyer Robbie Munro can surely stay out of trouble. But when an old flame wants him to investigate the death of her fiancé, his problems begin. A notorious child-murderer might soon be free because prosecution evidence was fabricated – and it was Robbie’s dad who secured the conviction.

With time running out, can Robbie uncover the truth? 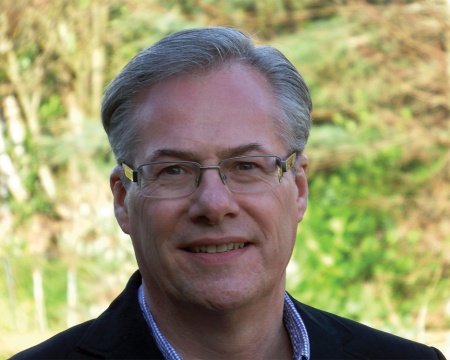 William McIntyre is a lawyer involved in criminal defence work for so long that he can remember when the Scots Criminal Justice System was regarded as the best in the world, the days when it was ‘better that ten guilty men go free than one innocent man be convicted.’ 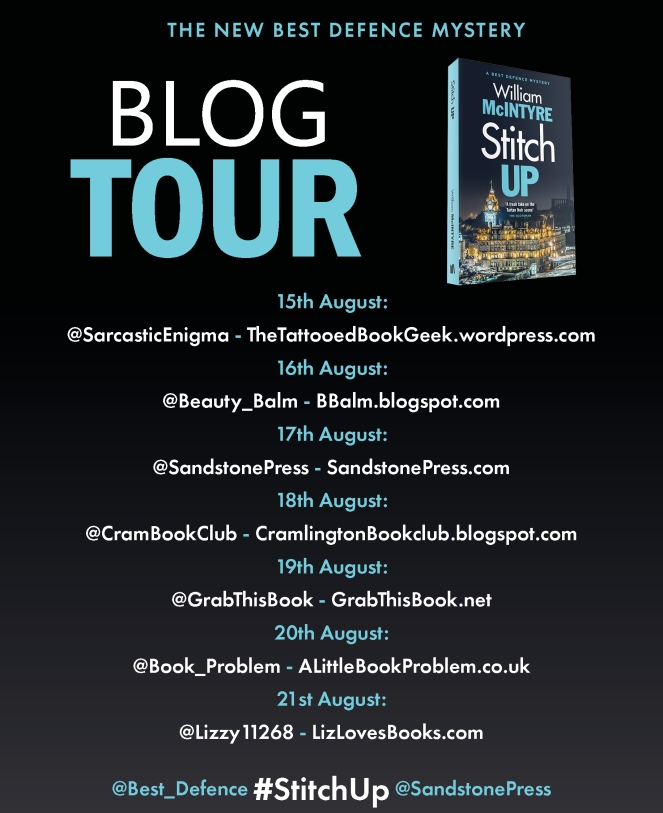