Teagan Frost is the only person in the world with special powers, she can wield psychokinesis, she is psychokinetic. Teagan is part of a clandestine and covert team who under the guise of a furniture removal firm work for the US government under their handler, the government intelligence operative, Tanner. The mission that they are on hits a snag, spirals out of control, turning into a snafu of chaos and all of the planning complete with the team members goes out the window, literally! The Girl Who Could Move Sh#t With Her Mind starts with the main character and narrator Teagan jumping out of the 82nd floor of a building complete with a screaming team-mate in tow. Hurtling, plummeting towards the ground…yeah shit gets real from the very first page and from then on doesn’t let up with the pedal firmly to the metal for the duration with the crazy train story driven along by the spunky and willful Teagan.

Outside, you can never open your eyes and instead, you need to rely on your other senses, hearing, smell and touch. Sight isn’t available to you as it leads to insanity. No sight, no light and the world in Bird Box is shrouded in black as you live in all-consuming darkness.

To survive, you forgo sight, hiding your eyes behind a blindfold and heightening your other senses with the aim of staying alive. Even going outside for amenities like getting water from a well is a frightening experience and a fear-filled expedition that requires preparation and safety protocols. You can’t see, you can’t look for fear of seeing a creature, you are hindered by your self-inflicted blindness and you don’t know if the creatures are miles away or mere inches away from your face.

The characterisation by King is, as ever, stellar, you expect nothing less from King and he once again delivers as his characters come to life on the pages both those in the story and those telling the story. Dave, sixty-five, Vince, ninety and Stephanie, twenty-two feel like real people and you don’t feel like a reader. No, you feel like you are involved in the conversation, you feel like you are sitting right there with them, part of something important, part of the group.

As a character, Stephanie is likeable and inquisitive but where King really shines is with the duo of Dave and Vince who are an absolute joy to read about. They are congenial old timers, affable, charming and friendly grandfathers, a duo who have great affection for each other and who share light-hearted banter. They are two people who have known each other for years, who are comfortable around each other and getting to spend some time with them was warming to the soul.

Galley’s writing feels well-honed and flows easily from off the pages making Chasing Graves an effortless read that is infused with grim goodness. Galley captures your attention, drags you along on his dark tale and doesn’t let go. You’ll find yourself loving every minute. His writing can be darkly humorous and the addition of many clever puns and witty remarks helps to offset the darkness of the story. His writing also includes many poetic, meaningful and often profound passages spread throughout the pages. 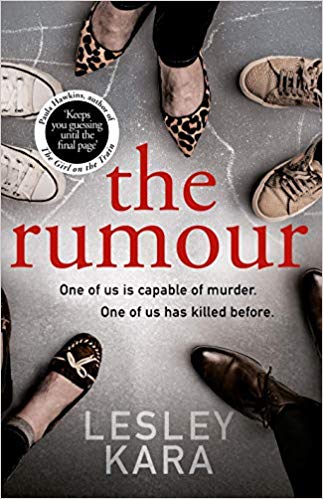 In 1969 five-year-old Robbie Harris was stabbed to death. His flame was snuffed out and his life was ended before it even had the chance to truly begin. There was no future for little Robbie, no possibilities of who or what he would become later in life, no roads for him to choose from and no paths for him to follow. All of that was taken away from him by the blade of a knife and ten-year-old Sally McGowan.

Since her release many years ago Sally McGowan has been in witness protection. She is a child who killed, everyone knows her original name but she is also a ghost living with a new name and a new identity No-one knows who she is, what she looks like or where she is but…….there are whispers, like leaves rustling in a gentle breeze, a rumour that the notorious McGowan is living in Flintstead.