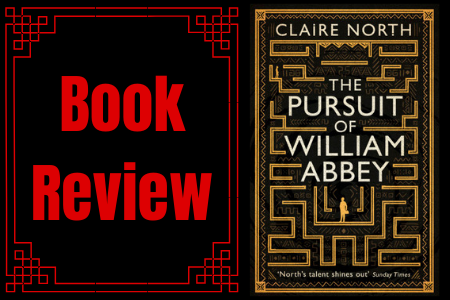 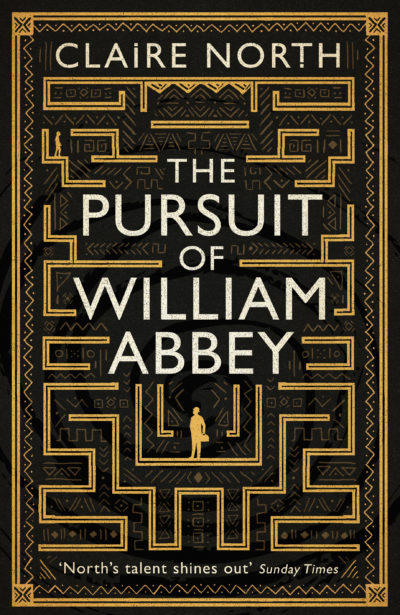 South Africa, 1884. William Abbey, an English doctor, watches white colonists lynch a Zulu child. As the boy dies, his mother curses William: wherever he goes, the shadow of her son will follow him. It will never stop, never rest. It can cross oceans and mountains. And if it catches him, the person he loves most in the world will die . . .

But to those in power, William’s curse might be a blessing, and as the world slides towards war, William must decide what he’s willing to sacrifice in order to survive.

In 1917, France, against the backdrop of the Great War. In a French hospital for wounded soldiers with cannon and gunfire reverberating outside and enemy forces closing in Dr William Abbey, over a few nights and with Langa, his shadow ever approaching and drawing nearer recounts his story to Sister Ellis.

Abbey’s story starts in South Africa, Natal, 1884, in a small and dusty frontier town. Abbey watches unmoving, too cowardly to intervene, to scared to put his own well-being in jeopardy as a gang of white colonists violently lynch Langa, a local young black boy to death.

In her arms, as her boy fades from this world and as he breathes his last breathe his mother curses William Abbey. Abbey made his choice, to do nothing and choices have consequences. His lack of action, lack of caring and lack of thought cursed him, he could have stood up and been counted, could have made a change, could have told the gang to stop…but he didn’t. Instead, the privileged white man, he chose to stand idly by as Langa, who, due to his colour is seen as a nobody and a nothing was brutally murdered. The curse, that the ghost of, the shadow of Langa, her son will follow Abbey to the ends of the earth, across the expanse of the known world. The shadow won’t ever stop following him, no matter how far or how fast he runs Langa will always be there, endlessly tracking him, walking, across different countries, different continents, across oceans, deserts,  mountains and land always at the same steady pace, never wavering and never tiring. For the rest of his days, Langa will be there dogging his every step, haunting him.

The curse turns Abbey into a truth-speaker, someone who can see into the hearts of others but not into their own, their own is the one truth closed to them. It is like looking into a person’s soul, laying them bare, knowing them intimately and seeing who they truly are. As Langa draws nearer, Abbey sees the truth within people and the nearer the shadow, the stronger the connection. When the shadow of Langa is far away, Abbey is himself with his own beliefs, thoughts and feelings. As Langa draws near he starts dreaming the obscure and vague thoughts of others but still maintains his own senses and his own sense of self. As Langa approaches the clearer that Abbey can see into other people’s hearts and the truth that they hide within, the truths that they hold in the deepest, darkest part of their hearts, the truths that they won’t admit even to themselves or others. When Langa is in close proximity to Abbey, days, hours away, the effect of the curse is overpowering, overtaking his own thoughts, feelings and beliefs overwhelming his own truth and turning him into a babbling, rambling wreck with the truths of all of those around him cascading like rain, flowing like blood from a freshly opened wound from his mouth in a torrent. If the shadow, if Langa should reach Abbey, should touch him then, the person that he loves the most in the world will die. The cycle will repeat until everyone Abbey cares about is dead, there is no cure, no removal, Langa will haunt him forever on a never-ending journey as, to survive, to allow his loved ones to survive he must walk an endless road.

For Abbey, it is a curse, for others, those in a position of power, they don’t see it as a curse but as an ability to be used and Abbey, himself as a tool to be exploited. As such, Abbey comes to the attention of the Nineteen, a government agency for the British Empire where he is enlisted, employed to spy on people and learn the truths of them, of political secrets, of talk of rebellion and of threats to the Empire.

Abbey can’t settle down, can’t stay anywhere for too long and has to always be on the move to keep ahead of the shadow that will follow him until his last breath. He is always on guard as Langa needs to be close enough so that he can be useful to his masters in the Nineteen and hear the truths of his mark, his target and report on any threats that he finds.

There are others with the same curse as Abbey, some, like him, see it as a curse, others as a blessing and when he meets another truth-speaker they can converse simply by knowing the truth of each other with no words needed. The shadow never shows you your own truth, that remains a mystery to you, something that you can only glimpse if you see it in the eyes of another truth-speaker. As such, there is a sense of mystery to Abbey and his own truth. He is a coward and a rather inept spy but due to the presence of Langa, even when he isn’t under Langa’s influence from initially being blind to the thoughts of others, blinkered, he learns to open his eyes, read people and see the truth in them.

There is the truth, things that are fact, reality and that everyone knows to be true. Then there is your own truth, opinions, beliefs and feelings that you hold to be true but that are subjective to you, personally. Also, there is the truth that you believe about yourself but won’t admit, the truth that you keep hidden and that you keep locked away because you are too scared to look in the mirror, too scared to look too deeply within. If we don’t know the truth about ourselves then we can pretend that we are decent, honest and good, that we are content and happy, that we would do the right thing if needed, that we aren’t lonely and that we aren’t drowning in a sea of pain. But, what if someone could look inside and know the truth, pull back the mask, reveal the lies that we tell ourselves and know our own truth and what we keep in our heart, it is a frightening thought.

North has crafted a clever, complex, harrowing and thought-provoking story that is full of suspense and tension. The Pursuit of William Abbey spans the breadth of the globe, takes place across many years and is layered with depth. I was gripped by it and found it utterly fascinating. The blurb doesn’t give much away and honestly, I think that it is for the best as it allows you to experience how the story unfolds for yourself with only the bare minimum of information. Prior to reading the book, I had read the blurb and apart from the vague outline, I didn’t know what awaited me within the pages, what dark and disturbing roads the story would travel down. But, whatever I expected it wasn’t what I got with the story going far above and beyond what I envisioned happening and it is a powerhouse of impressive storytelling on display by North…just go buy it, read it and love it.

The Pursuit of William Abbey transcends any single genre to be something more, merging together historical fiction, mysticism and the supernatural, a revenge tale and an espionage thriller with hints of a love story and horror all thrown into the mix to create an incredible and powerful story.

Pre-order The Pursuit of William Abbey released on November 14th, 2019.