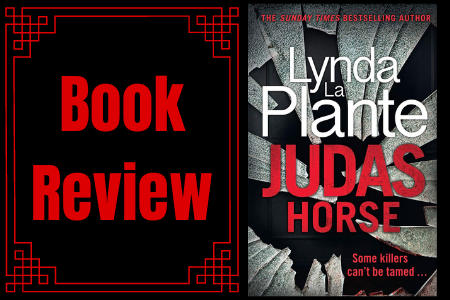 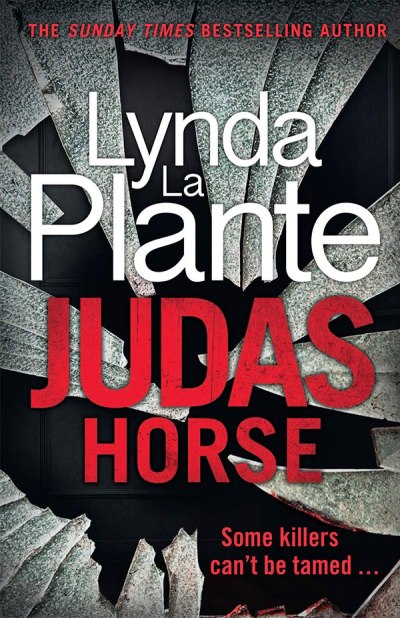 ‘Do you know what a Judas Horse is? When the wild mustangs are running free, you corral one and train it. When he’s ready, you release him and he’ll bring his team back into the corral – like Judas betraying them…’

Violent burglars have been terrorising residents across the English countryside. But when a mutilated body is discovered in a Cotswolds house, it becomes clear that this is no ordinary group of opportunist thieves.

As Detective Jack Warr investigates, he discovers locals with dark secrets, unearths hidden crimes – and hits countless dead ends. With few leads and the violent attacks escalating, he will have to act as audaciously as the criminals if he hopes to stop them.

When Warr meets Charlotte Miles, a terrified woman with links to the group, he must use her to lure the unsuspecting killers into one last job, and into his trap. But with the law already stretched to breaking point, any failure will be on Warr’s head – and any more blood spilled, on his hands…

Judas Horse starts with DS Jack Warr of the Metropolitan Police being loaned to the Wimbledon Police to help them catch ‘The Wimbledon Prowler‘, a burglar who has been plaguing the area for over five years. Jack is successful in aiding the team and they are able to finally apprehend the criminal. Hearing about Jack’s success, DI Gifford of Chipping Norton in the Cotswolds reaches out to Jack’s boss, DCI Ridley for assistance with a similar investigation. Recently back at work after the birth of his daughter, Jack volunteers for the job.

For the last three years around Chipping Norton, an experienced gang of burglars have been actively plying their criminal trade robbing the properties of the wealthy local residents. The gang are professionals, elusive, organised and the jobs well planned. Thanks to a local informant they have information readily available to them about which houses to target and when, and they know the area inside and out.

The private community of Chipping Norton is the perfect playground for the gang of burglars. Targeting the affluent and the influential the gang have stolen items worth several million pounds.

When the burglaries first started they were spaced out, and with their inside knowledge, the gang were always careful to target homes where the owners were either out or away. Recently, however, the rate at which burglaries are being committed has increased and they have taken on a deadly edge. The level of violence associated with them has also escalated culminating in the horrific assault of the autistic son of one of the homeowners.

Links to the gang are found in a neighbouring county and two DI’s (Lee and Mason) from Oxford Robbery are sent to take over the investigation in Chipping Norton. The violence that started with the assault intensifies even further when the gang retaliate to being compromised in a brutal way, torturing and then murdering to send the police a message.

The gang are building to a final big job before leaving the area, ending their reign of terror over the community and disappearing for good. Jack figures out who the informant is and, with time running out he uses them as a ‘Judas Horse‘ baiting a trap for the gang in the hopes of catching them and bringing them to justice.

In Judas Horse the cast of supporting characters are well-drawn, and the majority of them are given the page time to develop allowing them to come across as real people. As the main character DS Jack Warr is very likeable and someone who I can see becoming established as a firm fan favourite amongst readers. A bit of a maverick, he is a driven and talented Detective who doesn’t mind bending the rules to suit the needs of the investigation. He is able to easily read people going on his gut feeling and following his instincts. He has some trouble with authority and his superiors, but he is extremely good with those of a lower rank and has the ability to bring the best out of them. He knows that not everything in life is black and white and that sometimes you have to go outside of the lines. When required he is tough, but he also has a softer side which he shows with his family.

Judas Horse is the second book to feature the main character of DS Jack Warr, Buried is the first. I haven’t read Buried, Judas Horse is my first La Plante book, but there are enough background and detail offered in Judas Horse so that I had absolutely no trouble picking it up and reading it as a thoroughly compelling stand-alone.